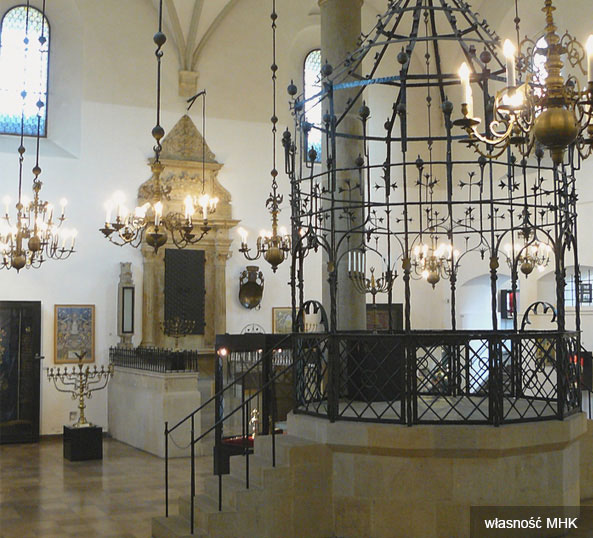 The tour include the most important places of Jewish heritage in central and southern Poland. The tour will bring you into the world of pre-war Polish Jews, both those living in the cities and small Galician shtetls.

You will have a chance to visit the former Nazi concentration camps: Treblinka, Majdanek and Auschwitz-Birkenau.

Our extraordinery experience – private visit of Zabinski Villa in the Warsaw ZOO.
Our guide and driver will meet you for a private tour of former villa of Jan Zabinski in the WarsawZ OO. Dr Zabinski, the former director of Warsaw ZOO and his wife Antonina helped to save hundreds Jews hiding them in their villa and in the ZOO itself. This history was documented by Jane Ackerman in her great book „The Zookeper Wife”, adapted for the film under the same title, with the great role of Jessica Chastain as Antonina.
In the afternoon you will have a time to eplore the new Museum of History of Polish Jews POLIN with our licensed guide. This is a massive timeline of Jewish life in the region, stretching back 1000 years. The exhibit doesn’t focus on Holocaust. The aim of the institution is to restore memory about the centuries of common Polish and Jewish history.

Today you our guide and driver will take you to Treblinka and Tykocin. First you will visit  Treblinka,the former labour and extermination camp for Jews and Poles, which was built in 1941. In terms of the number of victims who perished there Treblinka was the second biggest (after Birkenau) extermination camp for Jews.
The next stop is Tykocin, a town famous for its many great and learned scholars of the Tora. The town still has the lay-out of a typical Jewish “sztetl” with many old buildings and a 17th century synagogue. It is one of the most magnificent historical monuments to Jewish culture in Europe. Transfer back to Warsaw.

Start your day by travelling south-east into Kazmierz Dolny, the charming artistic village, picturesquelu located at the bank of Vistula river. Nowadays you can see the Synagogue in Maly Rynek. Later transfer to Lublin, sometimes called Jerusalem of Kingdom of Poland. Our guide will help you to follow the remnants of Jewish culture including an orphanage for Jewish children, old and new Jewish cemeteries and mausoleum, the former talmudic college. During your visit you will see the site of former ghetto with its 19th c synagogue.

In the morning you will pay a visit to Majdanek, one of the best-preserved Nazi concentration camps. Later departure for Lezajsk, once a typical Galician shtetl town and one of the centres of Hasidism. Your next stop will be Lancut with probably a most beautiful synagogue in Poland. It was built in a Baroque style, richly decorated. We strongly recommend visiting a magnificent aristocratic residence of Potocki family , which is located just a few steps from the synagogue. Transfer to Rzeszow for overnight.

Drive through beautiful Galicia region of  small villages – the former Jewish shetls. The first stop is Biecz, when you will have a chance to meet our local Jewish expert. Short walking tour of Biecz, while you will have a chance to listen the stories of local Jews. Th next stop is a small village of Bobowa, once a dynamic centre of Chassidism. You will see there the synagogue and picturesquely situated Jewish cemetery. Nowadays Bobowa is well known also for its lace-making. Afterwards you will head for Tarnow, which history is strongly associated with Jewish culture. One of the most interesting monuments here is bima of the 17th century synagogue. Transfer to nearby village of Zbylitowska Gora, the place of mass slaughter of the local Jews.

After breakfast transfer to Krakow. In the afternoon you will visit the Jewish quarter of Kazimierz in Kraków. Our guide will take you for a walking tour of Kazimierz and show you the Remuh synagogue, Old synagogue, Jewish cemetery and many other sites associated with the history of Cracow Jews. In the evening dinner we invite you for dinner in a Jewish restaurant with accompanient of klezmer music.

Start a day from private tour of Podgorze district, the former Jewish Ghetto. The tour features one of our favourite museums. The Oskar Schindler's Factory of Enameled Vessels ‘Emalia’ has been turned into a modern museum devoted to the wartime experiences in Krakow under the five-year Nazi occupation during the World War II.
Later you will viist Plaszow, the place of former Nazi labor camp, established in 1942. It was built on the site of two Jewish cemeteries and the Nazis used the tombstones as building materials. By May - June 1944 the number of prisoners had increased to 24,000. Plaszow labor camp is featured in Schindler's List movie

Meet our guide and driver for a trip to Auschwitz-Birkenau and Lodz. The former concentration camp has become the symbol of Holocaust and the "centre of the world’s conscience". During the Second World War the Nazis used to murder people here in the industrialized manner. Around 1,5 million people of various nations died in gas chambers, crematories and as a result of the horrendous and inhuman conditions.
Transfer back to Krakow. Later free time.
In late afternoon arrival to Lodz. Jewish people made up about one third of the city's population and owned one third of all the factories.Our local guide will provide you with an insight into the life and history of this important community.

Half-day tour of Jewish Lodz. One of the places of interest is the largest Jewish cemetery in Europe, still preserved in its pre-war state on Bracka Street. A numbers of stones commemorate factory owners. Do not miss spectacular Israel Poznanski mausoleum in Art-Nouveau style.  Then you will head for Radegast Railway Station, once the departure point to the death camps in Chelmno and Auschwitz. You will visit the areas of the former Litzmannstadt Ghetto, one of the most remarkable ghettos in Poland and which became known throughout the world because of the actions of Mordechai Chaim Rumkowski, the head of the Judenrat. The only remaining synagogue in Lodz survived WWII only because it was turned into a storehouse for salt. Nowadays it is open for Jewish religious services.
Later free time at Manufaktura center and transfer to Warsaw for your flight.