Jewish tour of Krakow 6 hours by car and on foot 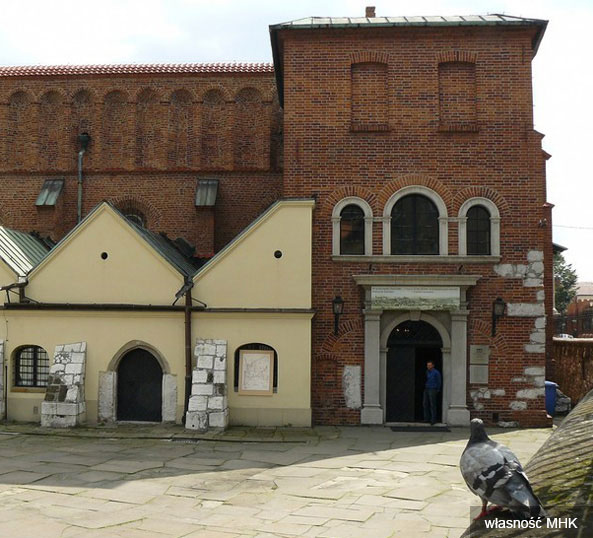 The Jewish Kazimierz Quarter is a historical district of Krakow where Jews settled in after their expulsion from Krakow in the early 15th century.

Over the years Kazimierz became the principal cultural center of the Jewish community in Europe.

Its soul almost completely perished during the traumatic events of WW2, but many of its buildings, some still with Yiddish inscriptions, survived.  The whole area was immortalized by Spielberg’s masterpiece “Schindler’s List” in 1993.

Today, with the Jewish culture revival, Kazimierz is Krakow’s most exciting quarter. It can boast beautifully restored buildings, fashionable cafes, restaurants and superb art galleries. It also remains strongly connected to its Jewish legacy with numerous synagogues and Jewish cemeteries.

Your private guide will take you on a fascinating Jewish history and heritage tour. You will visit the most important Jewish sights including the Old Synagogue, the Temple Synagogue with rare stained-glass windows, the Remuh Synagogue and the cemetery, and the family home of Helena Rubinstein (Szeroka 14).

During the tour, you may wish to visit the Galicia Jewish Museum, commemorating the victims of the Holocaust and celebrating the Jewish culture of Polish Galicia.

Later continue to Podgorze Quarter and the area of the WW2 Jewish Ghetto. We will stop at a few remnants of the Ghetto dotted around the district, then visit the Eagle Pharmacy Museum and the Schindler’s Museum.

Our tour will end at Plaszow district where Nazi Germany based one of their labor and concentration camp. It was populated with Jewish prisons when the Krakow Ghetto was liquidated. Due to difficult and cruel conditions, many Jews lost their lives there. We stop at the Plaszow Memorial, to pay tribute to the victims.