Jewish Wroclaw 5-hours by car and on foot 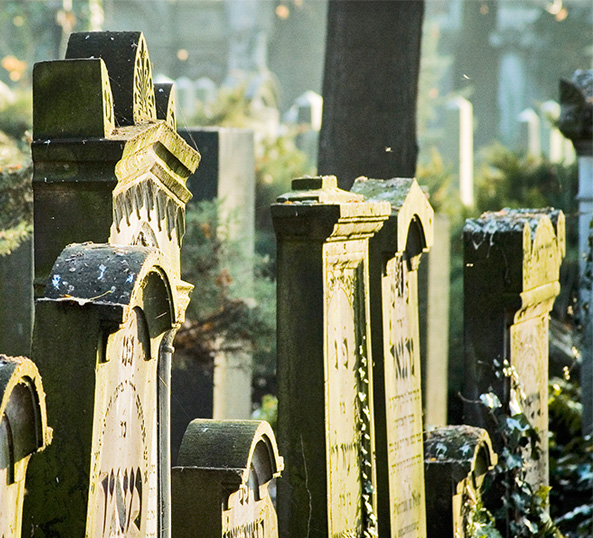 The history of Jewish community in Wroclaw is almost as old as the capital of Silesia. Our guide and driver will meet you at your hotel.

During the tour you will visit the places where Jews used to live, discover the reason why they were banned from the city in the late Middle Ages and find out how they used a clever idea to return to the capital of Silesia.

Our guide will show you the former Jewish quarter, that is now known as „Quarter of four denominations”. Our tour includes visiting the White Stork Synagogue and the old Jewish cemetery.

The Old Jewish cemetery is the only remaining 19-20th century necropolis in Wroclaw. It spreads over 5 hectares and is the burial place of several notable local political and cultural figures and scientists.  The cemetery comprises a diverse and unparalleled collection of beautiful tombstone sculptures and small architecture, featuring styles influenced by most historic periods, from antiquity to modernism. There are over 12,000 tombstones in the cemetery, of Jews who had arrived from most remote places the world over, from Boston to Gdansk.