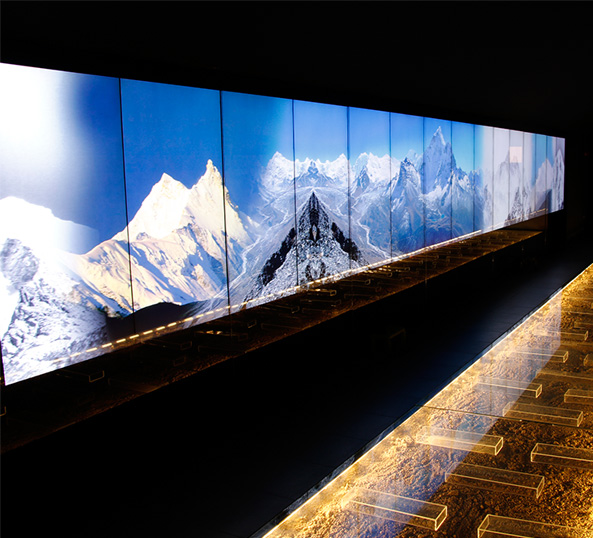 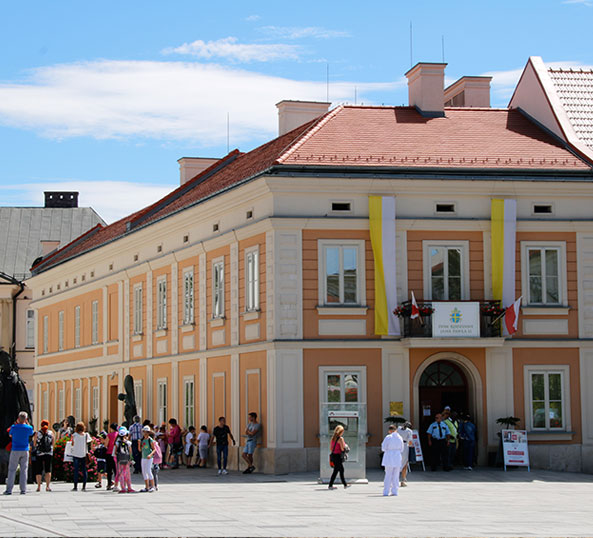 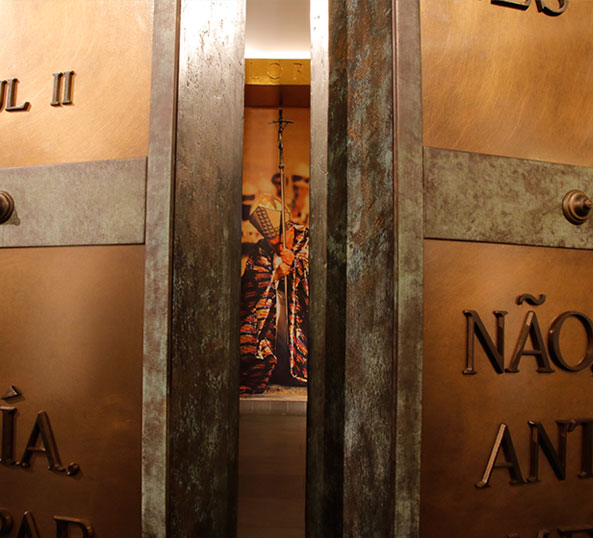 Take this memory tour of Pope John Paul II, and learn the story of his life as you walk past the landmarks and places that shaped him into a religious leader.

During the tour you will visit his family home in Wadowice and all important sites connected to Karol Wojtyla (Pope John Paul II), in the south of Poland.

Arrival in Cracow, the city that played the major role in the religious history of the Polish nation as well as the spiritual evolution of the young Karol Wojtyla. Meeting with a guide and transfer to a hotel. Time to rest and unpack. Evening walk in the Old Town Market Square area including the joint prayer at the famous St. Mary's Basilica followed by a welcome dinner at one of the elegant cellar restaurants. 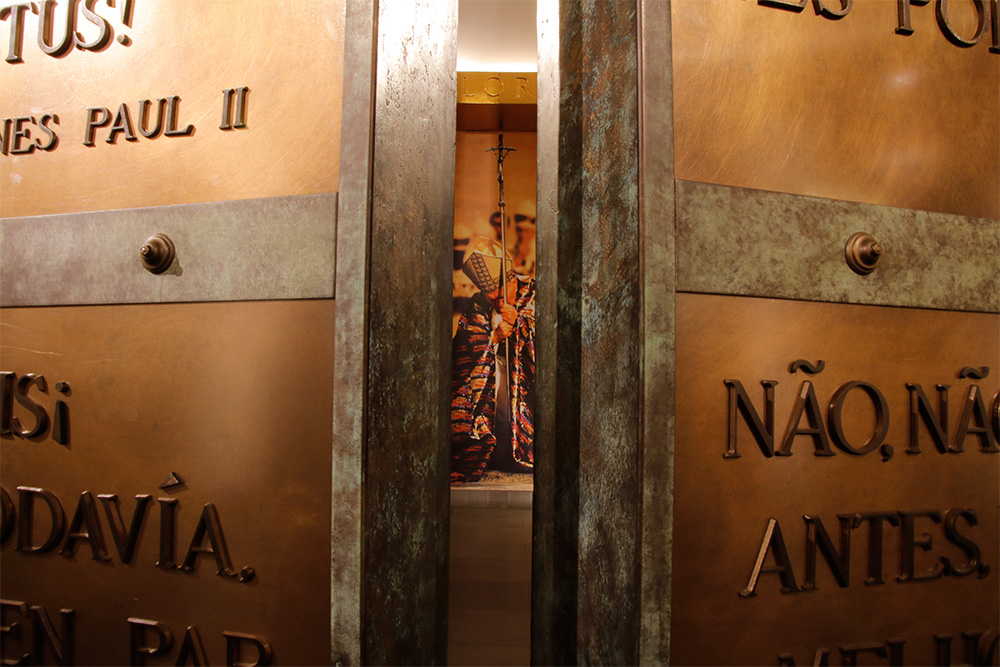 After breakfast, transfer to Wadowice, birthplace of John Paul II. Visit at the former house of the Wojtyla Family currently housing a Museum of John Paul II. There are many precious items related to the Wojtyla Family collected there. One of the items is a very special show-case with four original cassocks symbolizing the stages of Karol Wojtyla priesthood life: from being an ordinary priest to becoming a pope. After that, visit at the local parish church with a miraculous icon of the Virgin Mary. Leisure walk through the town to see other places related to early years of Karol Wojtyla like the former elementary school, the high school, the memorial board at the site of the former synagogue, the Foltina Bookstore and many other sites. Lunch at one of the local restaurants including tasting of the famous "papal cream cakes". After that, transfer to a nearby Bernardine Monastery at Kalwaria Zebrzydowska, whe re Karol was a frequent guest. The Monastery together with its system of Kalwarian Paths and Chapels was placed by UNESCO on its List of World Heritage. Time for private priors and meditation. Return to Cracow for dinner and overnight. 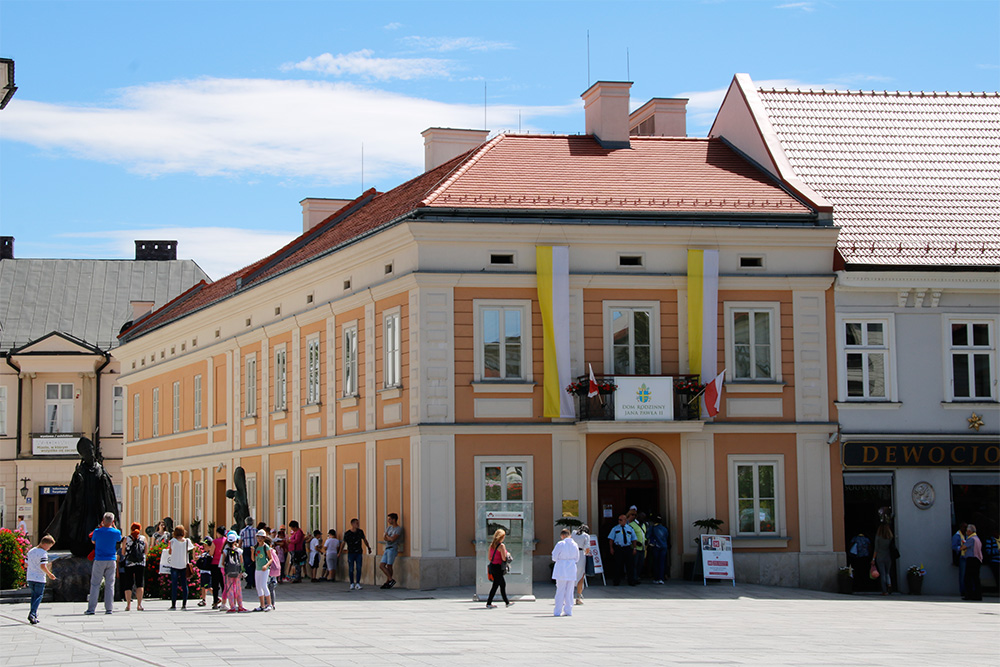 In the morning, holly mass at the St Mary's Basilica famous for its Gothic masterpiece - the famous Wit Stwosz Altar. After that, walk through the Market Square to Collegium Maius, the oldest 14th century part of the Jagiellonian University, were Karol Wojtyla began his Polish Literature studies in 1938. After lunch, drive to the sites related to the years of Karol Wojtyla as a worker in the occupied Poland: Solvey Manufacture in Borek Fa??cki and Zakrzówek Quarry. Later, visit in the famous Holy Mercy Sanctuary in ?agiewniki with its "Jesus I trust I you" picture and relics of Sister Faustyna being worship all over the world. Time for private priors and meditations.

After breakfast, drive to O?wiecim, the infamous Nazi death camp “Auschwitz-Birkenau”where millions of Jews, Poles and people of other nations were killed. Sightseeing of the camp including viewing the historical documentary movie about the Holocaust and visiting the site where Saint Maximilian Kolbe, canonized by John Paul II, was killed. Upon return to Cracow, evening walk in Kazimierz quarter of Cracow followed by dinner with Klezmer band entertainment.

All day tour of Cracow following the footsteps of Karol Wojtyla. First, visit at the Cracow Seminary at Franciszka?ska Street, where Karol Wojtyla started his conspiracy education in autumn of 1942 and where he was finally consecrated as a priest by Cardinal Sapieha in 1946. Later, walk towards the famous Dziekanówka at 21 Kanonicza Street - where the future Pope lived between 1958 and 1967. Nowadays, there is the Archdiocese Museum with many collected times associated with John Paul II. After that, sightseeing of the legendary Wawel Hill with its Royal Castle and Cathedral - the national pantheon of Poland, where the Kings where crowned and found their final resting place. One of the main pilgrimage sites are the relics of the Polish saints: St Stanislaus the Bishop which lays in the magnificent silver sarcophagus and St Queen Jadwiga with her miraculous crucifix. More tombs of the royalty, famous poets and national heroes are located in the underground crypt of the church. The oldest part of that crypt is the 10th century Church of St Leonard, where Karol Wojtyla celebrated his first mass. After visiting Wawel, transfer through the Grunwaldzki Bridge to the house of Jan Tyranowski, the former meeting point of the so called "Life Rosary" which member was Karol Wojtyla. Later, visit at the St Stanislaus Kostka Church, former parish church of Karol Wojtyla. Later, drive to 12 Szwedzka Street where Karol Wojtyla lived in 1944 and to 10 Tyniecka Street where he spent his war years. Finally, visit at the famous B?onia, the enormous green are in the center of Cracow, where John Paul II celebrated his masses during pilgrimages to Poland and where he met with millions of people.

In the morning, transfer to the Church of St Florian in Cracow, founded in the 12th century as a resting place for the relics of the Roman soldier, who became a saint. Karol Wojtyla became a vicar and started his service as a caretaker of the student community in Cracow. Karol Wojtyla's favorite way of teaching students about God and religion was admiring the beauty of nature during countless hiking and biking trips, canoeing or skiing. Together with his students he was discovering the most beautiful parts of Poland. However, the place he really loved and visited many times was Zakopane and the Tatra Mountains. After short stop at the St Florian Church, departure for the beautiful Pieniny National Park for a relaxing trip on wooden rafts, guided by local Highlanders dressed in traditional costumes, through the breathtaking gorge of the Dunajec River among the towering cliffs of Pieniny. In the evening, transfer to Zakopane for dinner and overnight

After breakfast, drive along the Ko?cieliska Street, the oldest one in Zakopane, to the Lady of Fatima Sanctuary in Krzeptówki. This beautiful church, typical example of a local wooden Highlanders' architecture, was built as a vote after John Paul II assassination attempt in 1981. Sightseeing of the church with a local custodian priest. After that, excursion to the Chocho?owska Valley, the favorite Tatra valley of John Paul II. After that, sightseeing of the hundreds of years old Chocho?ów village, the oldest one in that region. Visit at the house of a local sculptor. Return to Zakopane for dinner and overnight.

In the morning, excursion to the St Albert Chmielowski Sanctuary in Kalatówki. Father Albert Chmielowski, who sacrificed his life to the poor and disabled people, was, together with St Francis Assisi , the most important raw model for Karol Wojtyla. Visit of the Sanctuary will include beautiful 19th century chapel designed by famous Stanis?aw Witkiewicz and a memorial hall dedicated to father Chmielowski at his former mountain hermitage. In the middle of the room are relics of Father Chmielowski surrounded by beautiful flower wreath. Later, walk to a nearby Albertans Monastery to admire the breathtaking panorama of the Tatra Mountains and to the famous "Ksi?zówka", the retreat for priests coming to Zakopane. After that, tour of Zakopane with a local guide including funicular trip to the top of the Guba?ówka Mountain and visit at the "Na Górce" Jesuit Church. In the evening, dinner with Highlanders' entertainment at a local inn.

In the morning, departure back to Cracow. En route, stop in Lud?mierz, charming mountain village famous for the miraculous icon of the Virgin Mary. Time for private meditation at the beautiful gardens where John Paul II pried rosary during his pilgrimage to Poland in 1997. Upon arrival in Cracow, transfer to workers district of Nowa Huta famous for its resistance movement against the communist regime in Poland. Visit at the St Maximilian Kolbe Church where in 1971 Karol Wojtyla celebrated the first Christmas Midnight Mass at this church which for many years communist did not allow to be opened. After that, visit at another famous Nowa Huta church, the Mary Queen of Poland Church, better known as the Ark of Our Lord and built by the local people despite the repressions of the communist regime.

Day at leisure. Transfer to the airport for a return flight home.