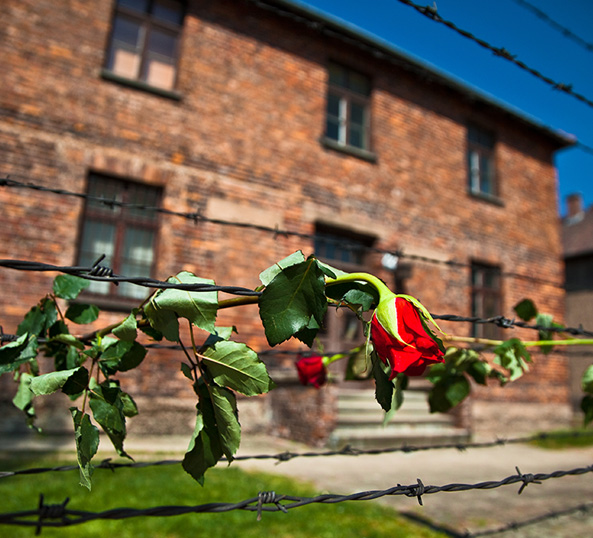 Auschwitz is located near the industrial town of Oswiecim, and about 1.5 hr drive from Krakow.

It was the largest Nazi German concentration camp and extermination camp.

Established in 1940, Auschwitz became the death factory in which between 1,3 and 1,5 million people lost their lives. And approximately 90% of those who died were Jews.

Before the Soviet soldiers liberated the camp on January 27, 1945, the Nazis tried to hide all traces of mass murder. They blew up the crematories and gas chambers but didn’t manage to destroy all evidence.

Upon arrival you will be greeted by the Auschwitz museum guide who will take you through the remains of Auschwitz concentration camp. You will see somber and sometimes shocking exhibits of Nazi crimes throughout the camp.

After your tour of Auschwitz I you may wish to take a shuttle bus to Auschwitz II Birkenau (Brzezinka), where most captives lived and died. Birkenau, built as an extension of Auschwitz in 1941, is more of a memorial than a museum. You won’t find any exhibits here apart from the shells of barracks and the remains of gas chambers and crematoria.

Here you will also find memorial tablets, engraved with the following inscription in 22 languages: “To the memory of the men, women and children who fell victim to the Nazi genocide. Here lie their ashes. May their souls rest in peace.”

The tour of both camps will finish with a projection of a documentary film presenting the first moments of the camp’s liberation.